Laptop battery is expensive piece of equipment, so if you have an old laptop that still works fine, who wants to shell out upwards of $100 to replace the battery right!? Luckily, there are a lot of ways, some technical, some interesting and some strange ones, that people have come up with to restore dying batteries on laptops.

In this article, I’m going to try to list out all the different ones I’ve read about and if I can remember where I read it, I’ll link back to the original source. If you have tried to restore a laptop battery yourself, let us know your method in the comments.

I once saw a movie where a guys’ phone was about to die, so he took out the battery and stuck in some snow, which apparently made it last longer! I still don’t know if that’s true or not, but apparently you can freeze a laptop battery and get more juice out of it. Here’s the procedure very succinctly:

Step 1: Take your battery out and place it in a sealed Ziploc or plastic bag.

Step 2: Go ahead and put the bag into your freezer and leave it there for about 12 hours. Some people suggest leaving it for longer, but I wouldn’t leave it for more than 24 hours.

Step 3: Once you take it out, remove the plastic bag and let the battery warm up until it reaches room temperature. Be sure to wrap it in a towel and wipe away any condensation as it warms up.

Step 4: Reinsert the laptop battery and charge it completely.

Step 5: Once charged, unplug the power and let the battery drain all the way down.

Now repeat steps 4 and 5 at least 4 times: charge all the way to full, then discharge completely. That should be it! Unless your battery is leaking acid, you should get some kind of bump in the battery life. 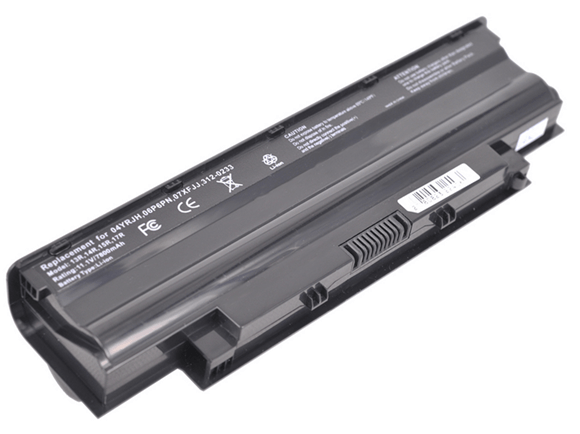 Note that you should only perform this on NiCD or NiMH batteries. If you try this on a lithium battery, it’ll make the battery life worse. Unfortunately, there is no way to restore a lithium battery. You’ll have to find your laptop specs to see what kind of battery you have. For lithium ion batteries, you can’t restore, but you can possibly extend the life of a battery. Read method 2.

If you have a lithium ion based battery, you can increase it’s life by making sure your laptop is cool. If you have a laptop that gets really hot, it can damage the battery and cause the shortness in battery life. I have an old Sony VAIO laptop and I saw a significant increase in laptop battery life when I bought a laptop cooling pad off Amazon. You can get one like this for $20. 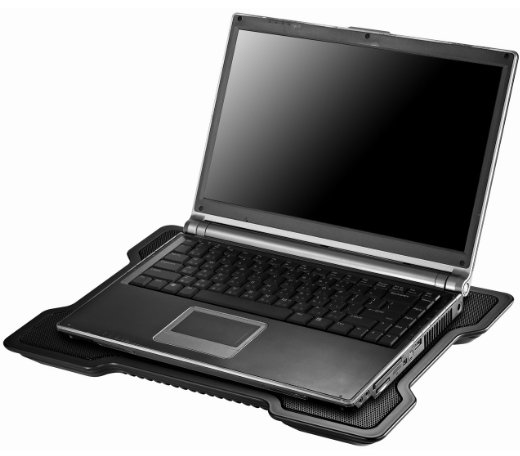 You may think your battery is on it’s last leg, but it could simply be that it’s getting too warm and therefore loses charge faster.

With most newer batteries, this is no longer necessary, but if your battery is dying, then it’s probably a pretty old battery. In that case, you may benefit from a recalibration. Recalibrating a battery is done because sometimes the operating system cannot figure out how much capacity is left in the battery. This can happen if the laptop is always plugged in or if the battery was never let to die all the way.

You can tell whether your battery needs calibration if your battery never charges to 100% (say only to 95%) or if the OS says you have 35 min of battery remaining, but the computer dies either much sooner or much later. A lot of manufacturers have released calibration tools for specific laptop models, so first perform a Google search with your computer model + battery calibration. Here’s an example tool from Sony.

If you have to manually recalibrate a battery, the procedure is pretty straight-forward:

Step 1: Charge your battery to 100% or to whatever max percentage it can reach and leave it there for about 2 hours to cool down.

Step 2: Now disconnect the power and let the battery drain. There seems to be two views about how to do this. You can either let the battery run down all the way until the laptop dies or you can set it so that it goes to sleep or hibernates around 3 to 5%. Either way, you want to make sure the display stays on until it either dies or goes to sleep.

Step 3: Let the computer remain turned off for anywhere between 3 to 5 hours.

That’s pretty much it. Now the computer should be giving you a more accurate reading of the actual capacity of the battery.

If you have a laptop with a removable battery, you can try to remove the battery during the times you have it plugged into the wall. You may have to test this because some laptops don’t work properly with the battery removed. However, if the laptop is running fine and it’s connected to a power source all the time, it may help to simply remove the battery.

The chemical reactions will continue to occur in the battery regardless of whether or not it’s in the laptop, but it could increase the life of the battery. Since the battery is cool and not hot when plugged in, you’ll get more life out of your battery.

Of course, you’ll need to make sure you’re not living in an area where the power goes out because your computer will die immediately and you’ll lose any data. This method is also time-consuming and annoying and something most people won’t do. The last method below may be the best.

Read Also  Powerful i7 Laptops To Buy For Great Computing

The last option you can try is to let the battery charge to 100% and then simply unplug the computer. When it gets close to dying, i.e. less than 5%, go ahead and plug it in and let it charge up. However, this could reduce battery life on newer lithium ion batteries, so for those batteries it’s suggested you only let the battery level drop to 35% to 45% and then charge it back up to 75% to 85%. Sounds crazy, but apparently that will give you the best battery life because it won’t use up as many charge and recharge cycles.