It was a highly emotional moment as the family of Senator John McCain paid their respects to the late senator on Wednesday, during a private memorial service at the Arizona Capitol in Phoenix.

Cindy McCain, the senator’s wife of 38 years, and his daughter Meghan McCain both cried over his casket and at some point, Cindy tenderly placed her cheek against the casket.

They were joined by the senator’s sons, Jack and Jimmy, who were both fully dressed in their uniform as they saluted their father who died at 81 after a year-long battle with aggressive brain cancer.

Sen. John McCain will lie in state at the Arizona State Capitol on Wednesday and the U.S. Capitol Rotunda on Friday before being transported to Maryland for a private service at the U.S. Naval Academy in Annapolis on Sunday. 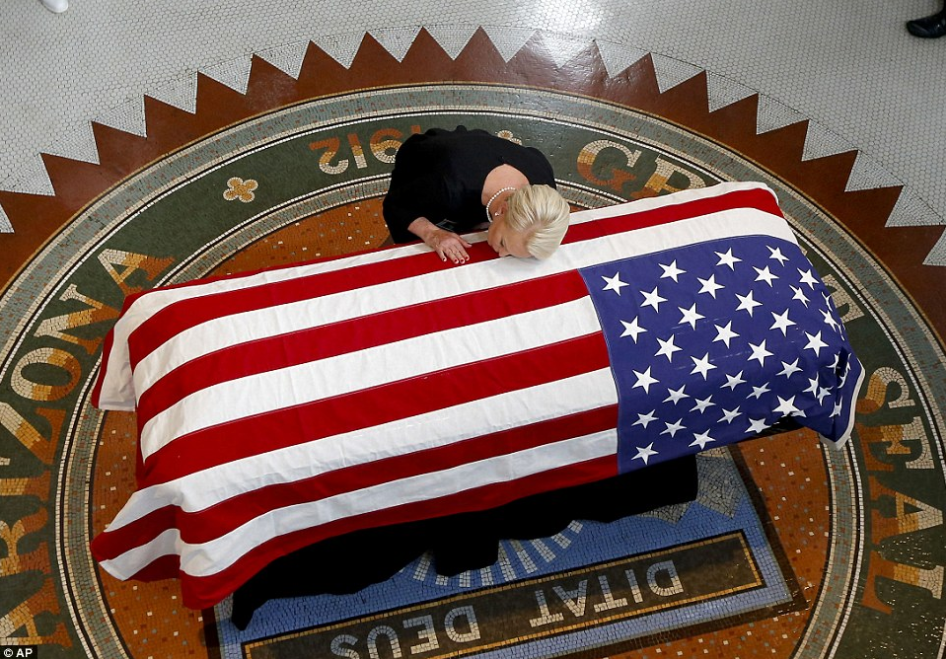 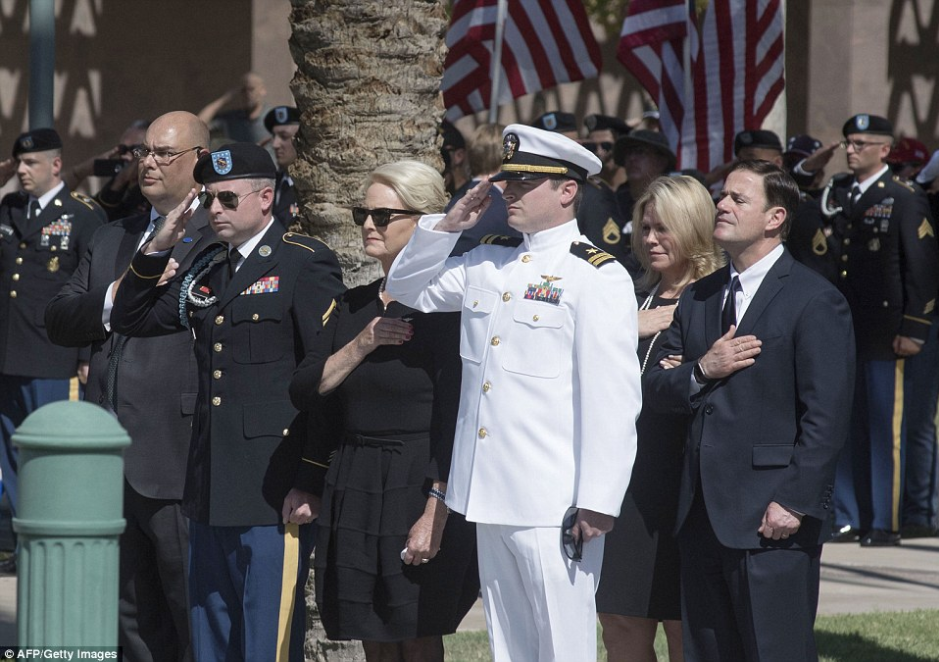 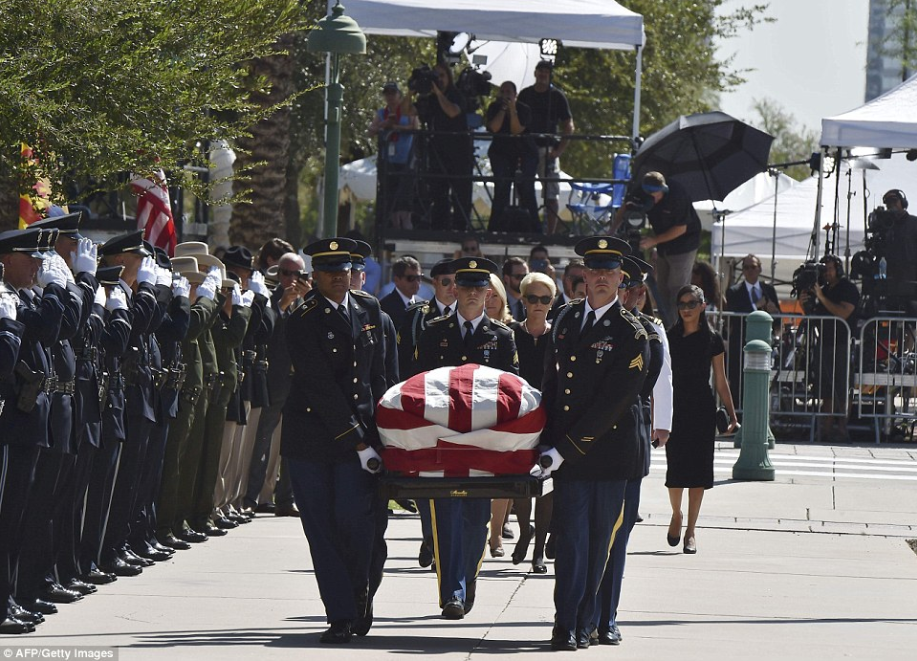 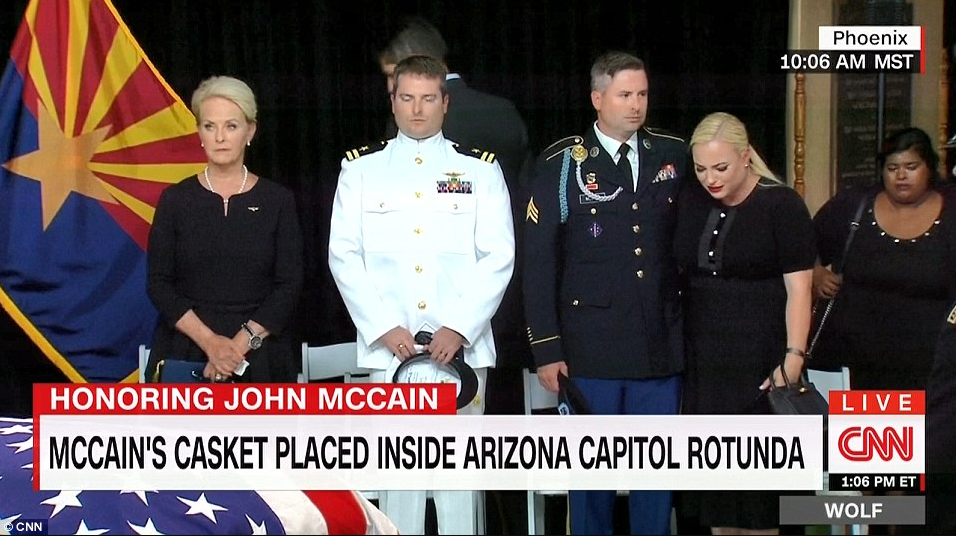 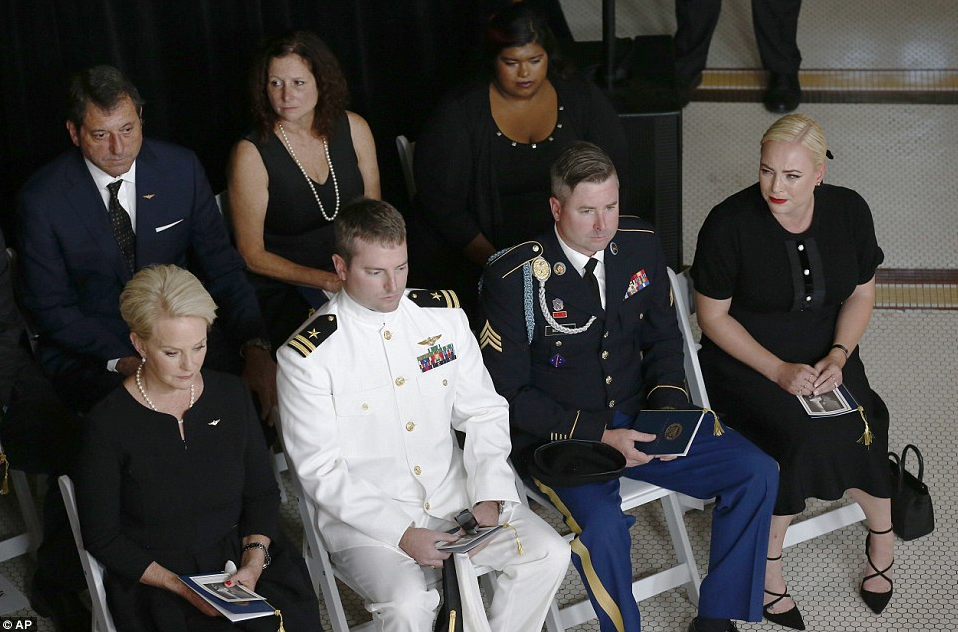 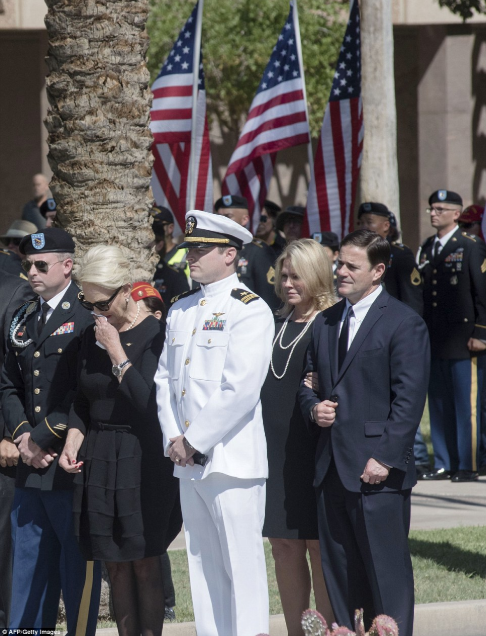 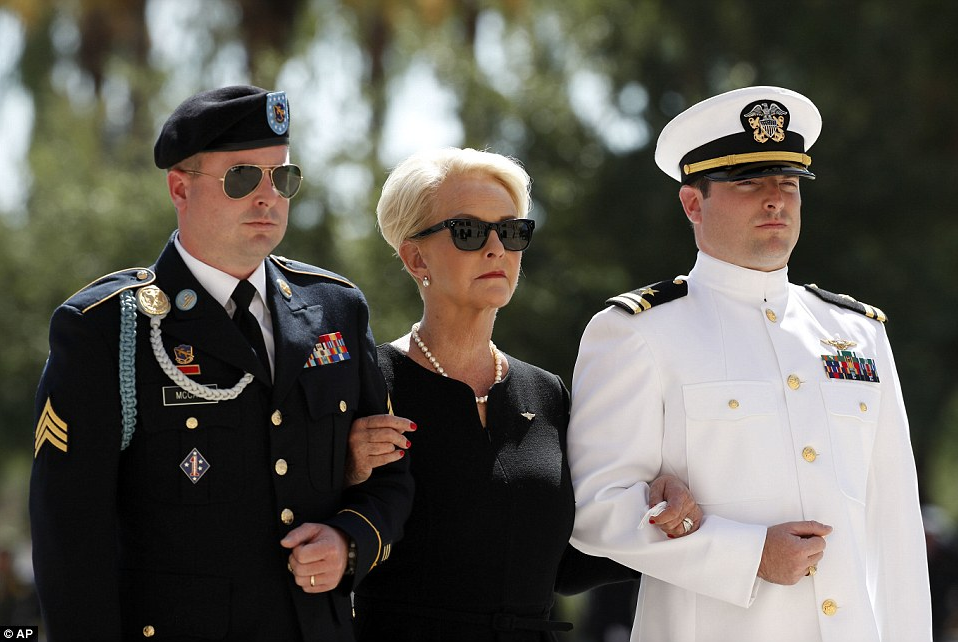 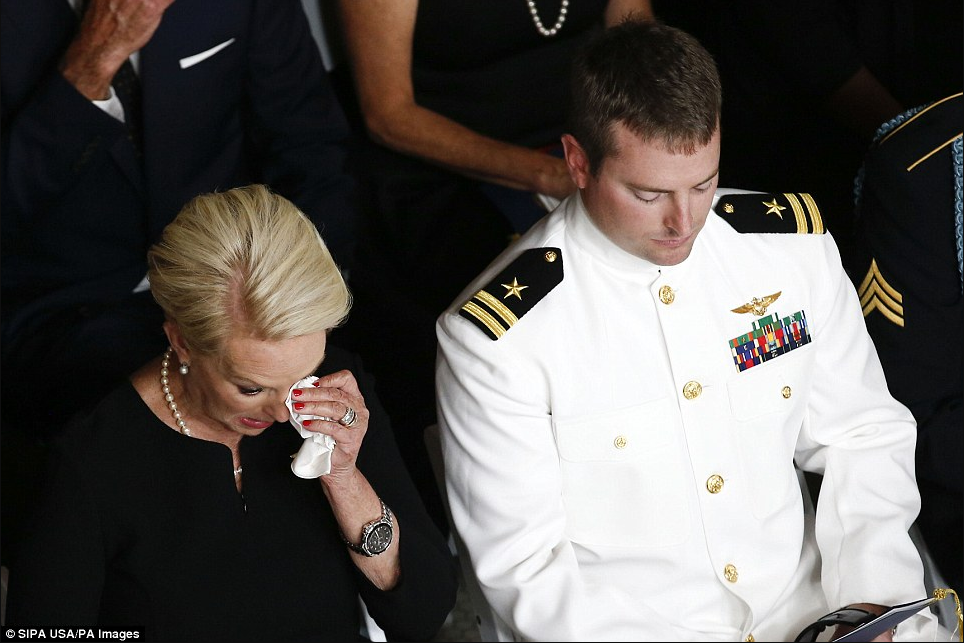 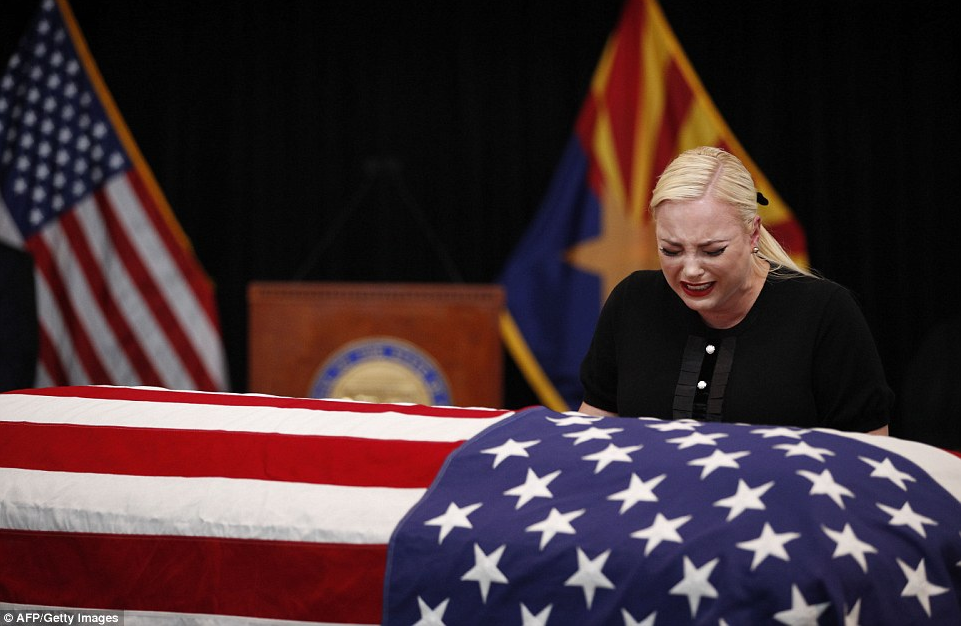 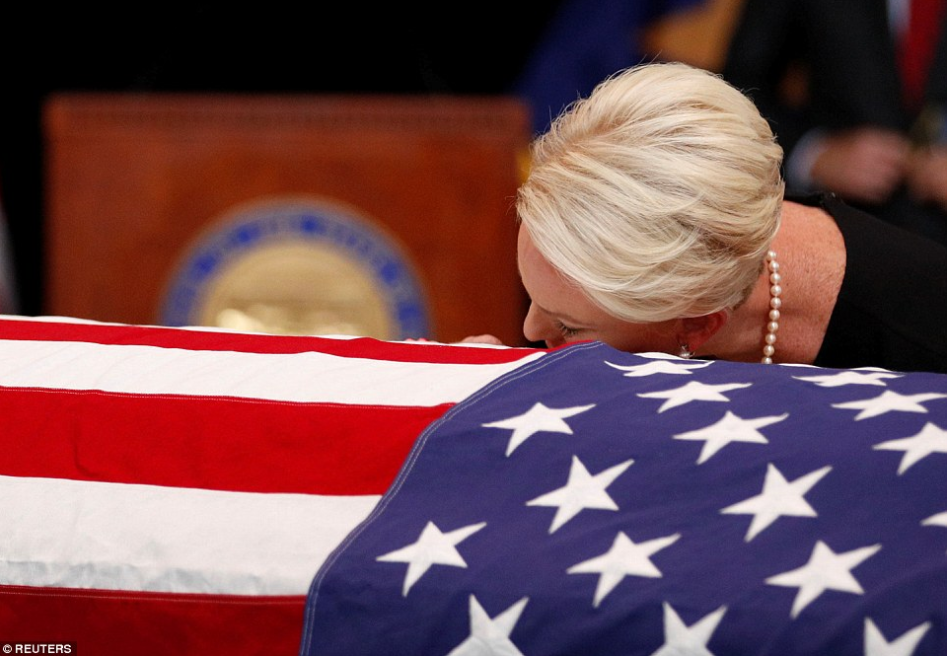