These are pictures showing inside the first class Real Madrid FC private plane. The luxury £340million Emirates Airbus A380, is well equipped with beds, showers, personal sinks and tablets with 2,500 TV channels. 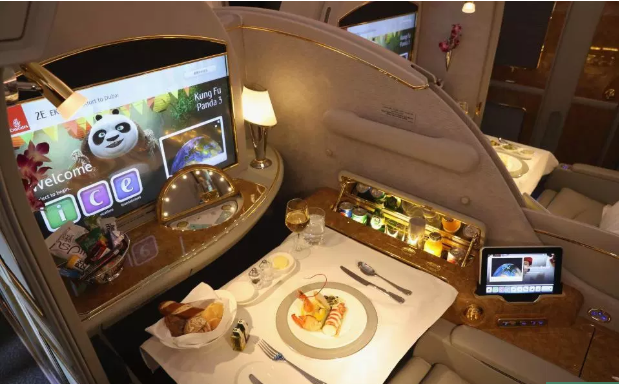 According to Daily SunUK, inside the plane each player has their own private shower. Then, should they want, they have the option of resting in a fully-functioning bar area with plenty of room to swing a dozen cats in. The players also have their own bed to sleep in, which comes with several other cool perks. 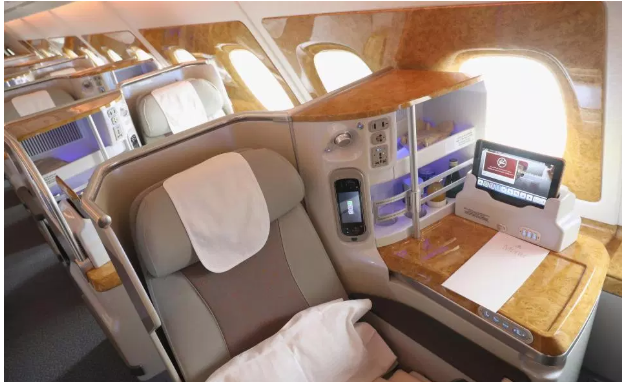 There’s a personalised tablet that allows them access 2,500 channels, an alcohol-free mini bar, as well as a small wash cabinet.

And the plane itself is a four-engine jet that has become something of a staple since making its first flight in 2005. It provides seating for 525 passengers, has a design range of 8,500 nautical miles and a cruising speed of around 559 miles per hour. 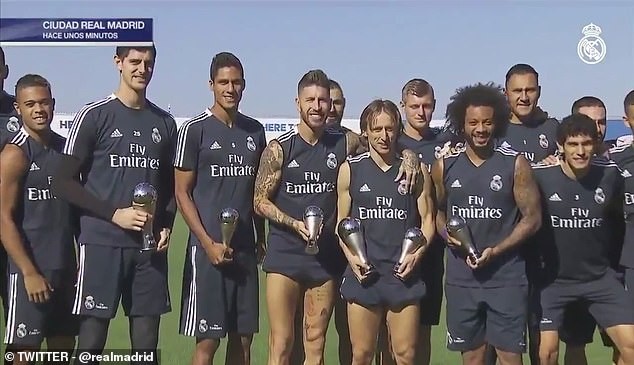 Fly Emirates have sponsored Real Madrid FC since signing a sponsorship deal in 2013. They’ve had their brand plastered across the famous white jerseys in three Champions League wins.

They have similar deals with Arsenal and PSG, who also use their Airbus A380. 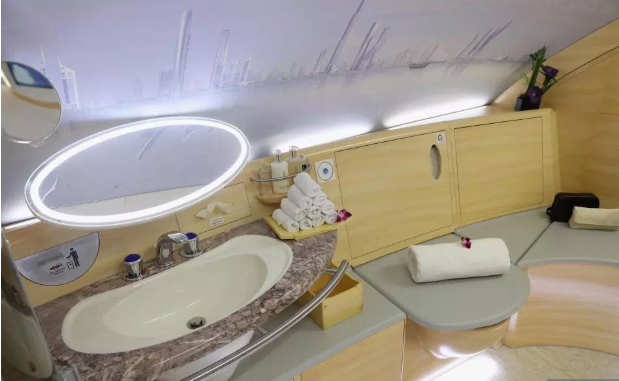